Celebrating World Cocktail Day with a Travel-Inspired Cocktail... or Two

What’s not to love about May 13th? World Cocktail day has two of my favorite words: world, and cocktail.
For those of us who love to travel… and love to get into the ‘spirit’ of the moment with a locally sourced beverage, cocktail recipes can be some of our most cherished travel souvenirs.
And drinks at a smart bar can be among our most cherished travel memories. Here are just a couple of mine:

The Original Daiquiri at the House of Bacardi, Puerto Rico

Rum, lime and sugar are timeless ingredients in the Caribbean. The origins of this classic cocktail go back to an engineer in early 20th-century Cuba who developed its refreshing taste, and the Bacardi family's business sense in creating the world’s most famous rum, the first ‘white’ rum in the world, and the largest private, family-owned spirits company in the world.
Spearheaded by Bacardi, rum cocktails like Cuba Libres, Mojitos and Daiquiris became part of the early 20th century cocktail party craze. And the story of Bacardi became legendary.
Today, visitors to the House of Bacardi in Puerto Rico (called ‘The Cathedral of Rum’), where the company relocated after the Cuban revolution, visitors are greeted with a cocktail before taking an historical tour, rum-tasting tour, or a mixology class.
BestTrip TV got an extra treat: a chance to meet the head of the Bacardi family business who shared the personal passions behind this global brand.  WATCH THE VIDEO, TOP, TO SEE MORE.
Bacardi's classic Daiquiri is served ice cold for a refreshing drink on a hot day in the islands... or for cocktail hour at home dreaming of your next trip to the Caribbean. You might already have the ingredients on hand...
Place sugar and freshly pressed lime juice into a cocktail shaker and stir until the sugar has dissolved.
Then pour in the BACARDÍ Carta Blanca rum and fill the shaker with half-cubed ice, followed by some half-crushed ice.
Place the lid on the shaker and shake vigorously until thoroughly chilled.
Finally, strain through a fine tea strainer into a chilled coupette.

The Singapore Sling in the Long Bar of the Raffles Hotel, Singapore

The storied Raffles Hotel is synonymous with Singapore. First opened in 1887, Raffles' recent restoration retains what makes the hotel one of travel’s greatest treasures as well as a National Monument. It's a magical place in Singapore: a combination of gracious luxury and expansive tropical colonial design that stirs your historical and travel imagination. Polished teak verandahs and white marble colonnades clustered around lush tropical gardens evoke the romance of life-changing travel. 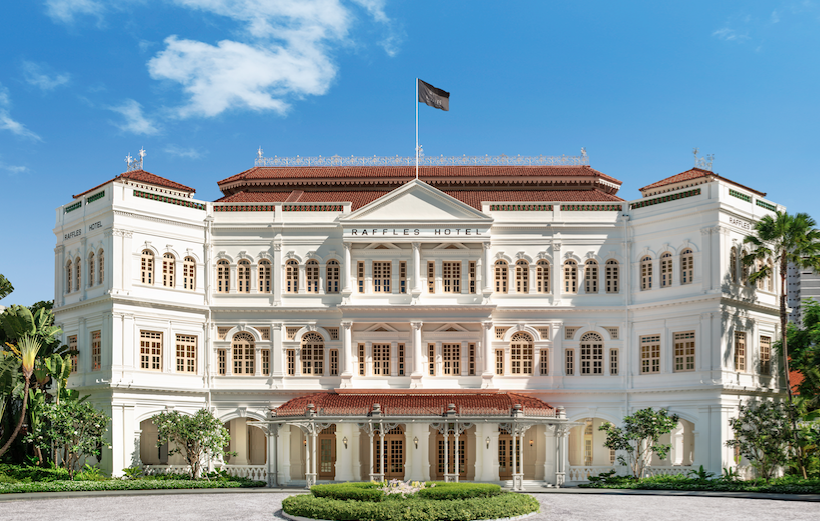 (Courtesy Raffles Singapore)
The epic tales of the early Raffles Hotel are legendary in the history of modern Singapore. You can't visit the island state without hearing about the times when the occasional tiger would wander into the hotel's Long Bar from the jungle, and legendary authors, playwrights, taste-makers and trend-setters and empire builders called Raffles home during their time in the East.
Even today, you can’t say you’ve been to Singapore unless you’ve paid a visit to the Raffles Hotel’s Long Bar and tasted an original Singapore Sling, created at Raffles Hotel at the turn-of-the-century.
The irresistible combination of gin, cherry brandy, pineapple and lime juices, Cointreau, Dom Benedictine, Grenadine, Angostura bitters and garnish of pineapple and cherry inspired a whole new genre of ‘tropical’ drinks that often, unlike a good Singapore Sling, overwhelm the imbiber with a sugar high. 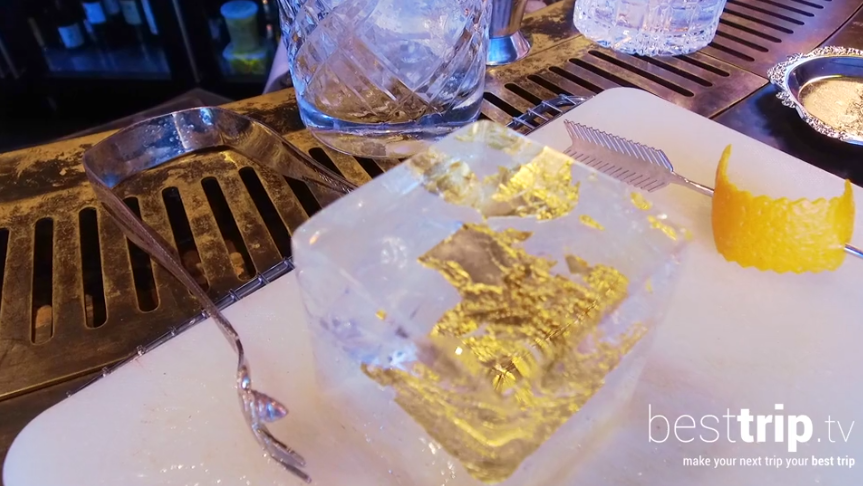 Montreal is the second-largest French-speaking city in the world after only Paris, and still has its European lifestyle, credentials as the fashion capital of Canada, a UNESCO City of Design, the birthplace of Cirque du Soleil, and a culinary scene that celebrated ‘local’ before it became a ‘thing’.
For its 375th anniversary, the city underwent a renaissance, with new style, new experiences and new energy in Old Montreal, the Old Port, and its signature neighborhood, the Golden Square Mile, where the city’s ‘old money’ lived, worked and played.
This historic neighborhood has been compared to New York's 5th avenue, and is now home to museums, cultural institutions, galleries, boutiques… and luxury hotels like the new Four Seasons, which was inspired by its location to come up with this stunning signature cocktail.

By: Lynn Elmhirst, Producer/Host, BestTrip TV
Images copyright as noted.
Copyright BestTrip.TV/Influence Entertainment Group Inc or Rights Holder. All rights reserved. You are welcome to share this material from this page, but it may not be published, broadcast, rewritten or redistributed.

As travel restarts, for many travelers, Europe is calling. We have a lot of catching up to do, and to celebrate the t... learn more

'Astro' Travel Will Have You 'Seeing Stars'

International Dark Sky Week, held during the week of the new moon each April, calls for people worldwide to turn out ... learn more

3 Places For the Romantic, Overwater Escape of a Lifetime

Ever since the first overwater bungalow resort was built half a century ago, they have come to define the ultimate ro... learn more

And Now For Some Good News In Travel

We hope you are well and keeping yourself, your family and your community safe by staying at home. Now, more than e... learn more

Let Us Help You